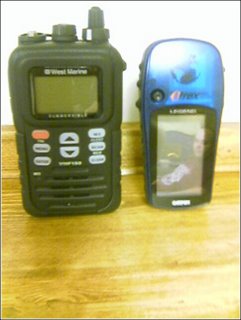 I got a cool VHF radio and GPS to assist me on my wilderness adventures!

They helped ease the pain of turning 30! 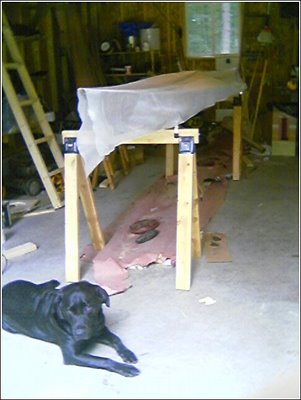 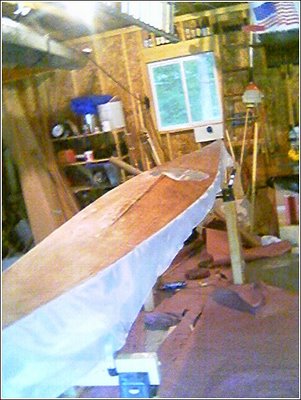 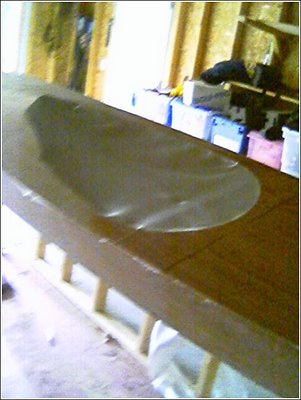 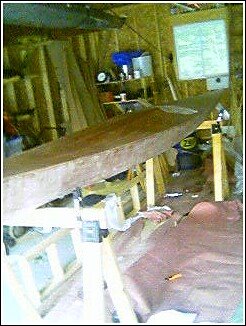 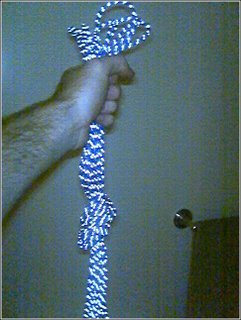 I found this cool line from a local outfitter. I read about it on the kayak builder's board. I glows bright when it's hit with light. This could come in handy if I am ever caught out in the water after dark. 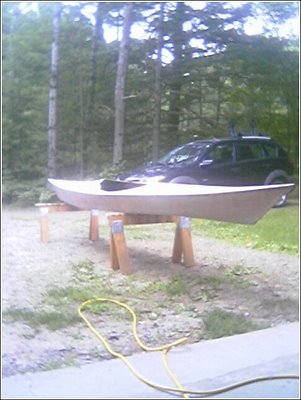 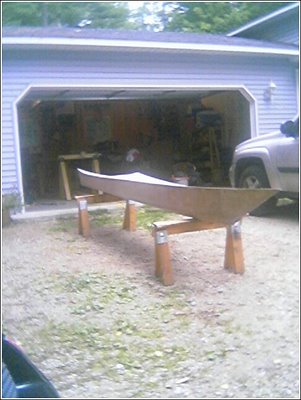 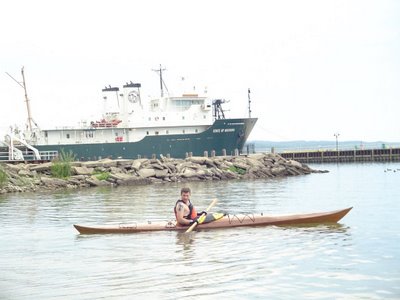 Jeremie's first kayak, the One Ocean Cirrus, had it's first float on Sunday. Check out his blog for details. We spent the day paddling around and practicing rolling. Jeremie his his first roll and had three or four good ones after that! Congrats on the build and the roll, my friend!

I ordered these cool little mounts for my foot braces. In the past I have had to drill though the hull of my boats to mount foot braces but I thought these were pretty sweet. I looked into making them myself but it wasn't really worth the effort. They were only about $11 dollars.

Here is Duane Strosaker's Point Bennet Double. The plans will soon be available for download at rollordrown.com

Duane is an expert paddler who likes to spend his time chasing blue whales out in the Pacific! 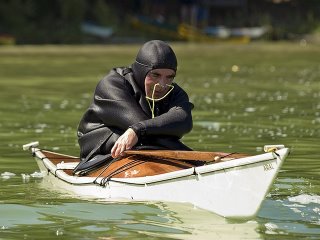 This is taken from the Michwriters.org :

Aaron Stander spent most of his working years in the Detroit area, where he taught writing and trained writing teachers. In 2000 he and his wife, Mary K Monteith, left teaching positions at Oakland Community College and moved permanently to their cottage home in Interlochen. Aaron is author of Summer People, a mystery set in Northern Michigan, and is a regular contributor to the Dunes Review. He is at work on Color Tour, a sequel to Summer People. When not writing or thinking about writing, Aaron spends a lot of time in his kayak, mostly capsized. Aaron has served on the Board of Directors of Michigan Writers since 2002 and took over as president in March 2005.

I was humbled to be invited to the Aaron and Mary Kay's home. They were great people, as most kayakers are :) Aaron reminded me of myself, his hands always doing something. The last time we talked he was building a couple Yost folding kayaks for he and Mary. They are super low volume, designed for rolling.

Aaron will be at Horizon Books, in Traverse City Michigan, to sign copies of Color Tour on July 29 .

A Cool Pic From My First Pool Session... 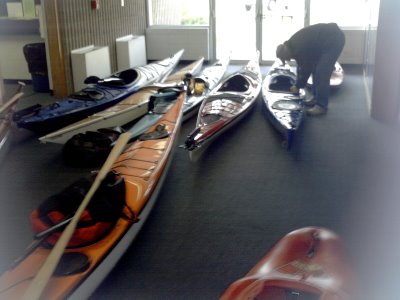 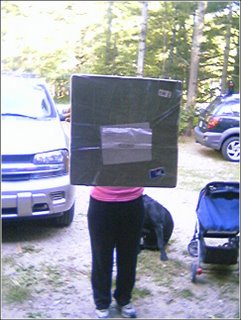 Only a kayak builder gets excited about a big block of foam! Look at that thing. It's huge! This will soon be my seat, back rest, hip and thigh braces, and possibly a masik for my Anas Acuta. 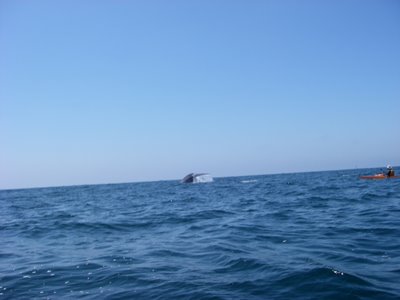 Here is a picture of fellow paddler Dave Houser chasing a blue whale out in the Pacific. If he doesn't quit sending me these I am going to have to pack up and move out there! Thanks for the pic, Dave!

Picture credit goes to Duane Strosaker of Rollordrown.com (designer of the Point Bennett) and you will see more pics like this at his site. 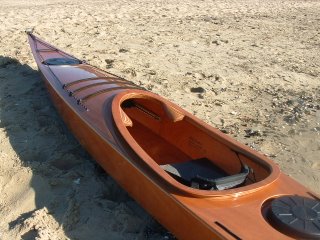 Here is a pic of the same boat I am building, but this one is from a REAL boat builder. There is a lot of attention to detail on this boat. Notice the sucken hatches and beautiful finish on the custom cambered deck. It reminds me of the Bobby Curtis Northbay. Great job Dave. Your pictures are both humbling and inspiring! Thanks for sharing. 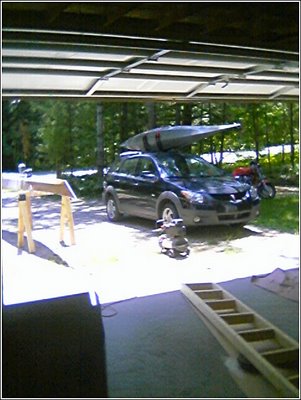 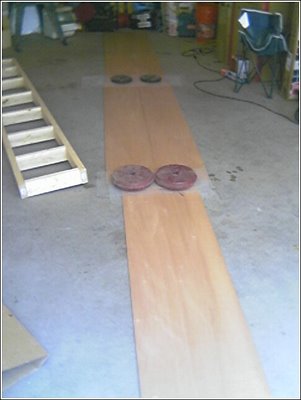 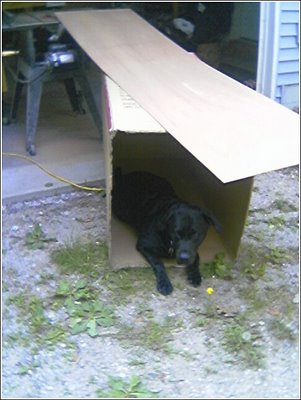 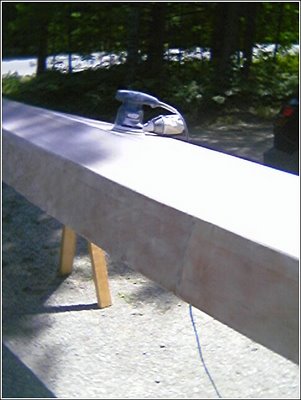 I am so sick of sanding! I have three hours in but I am not quite done. I'm getting close though. I also cut out and assembled the deck panels. Tonight I will hopefully start laying out the offsets and lines for cutting out the deck.